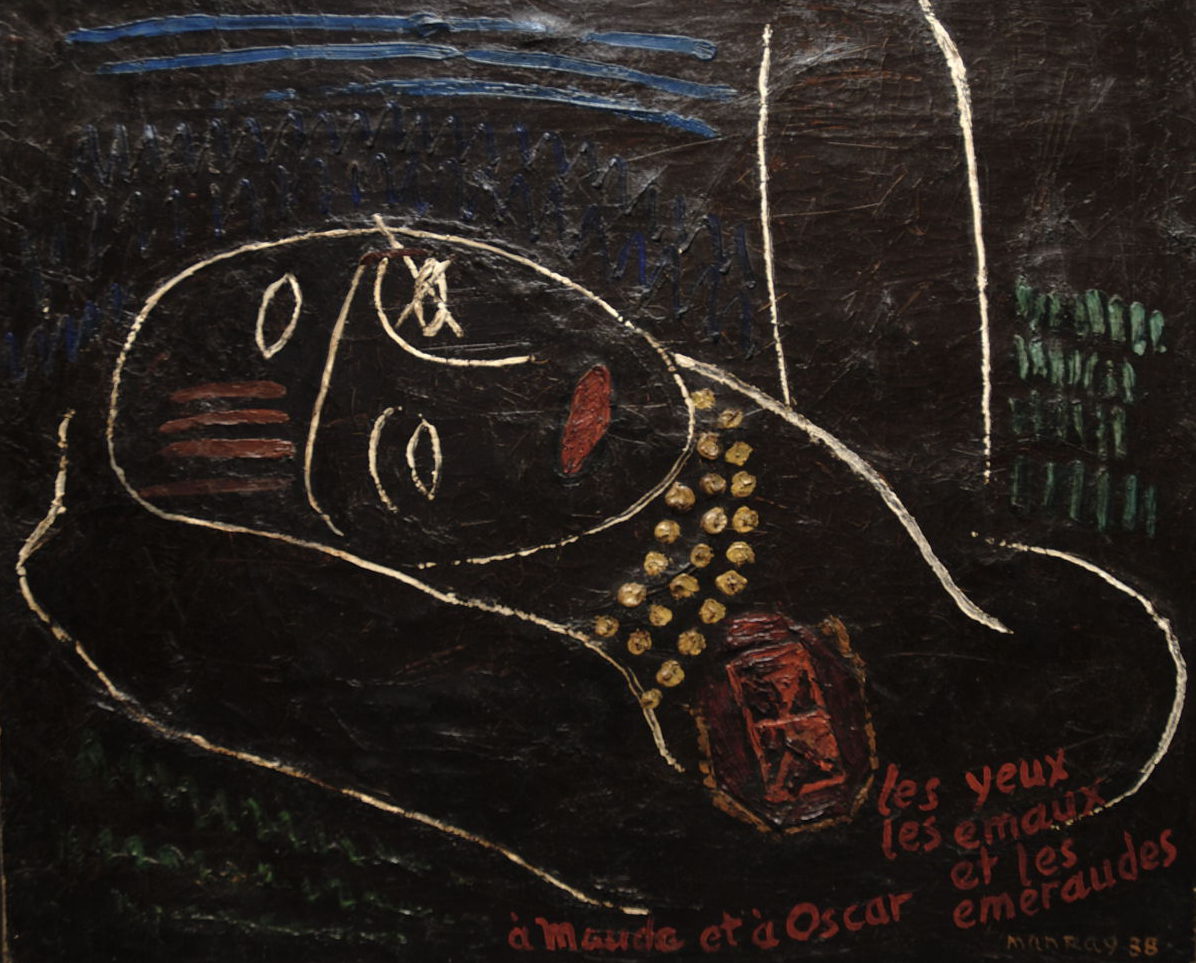 I Session Modern and Contemporary Art among the most important lots of the auction, is Créole a painting of Man Ray of 1938 that participated in the Exposition International du Surréalisme, Galerie Robert, Amsterdam, May-June 1938 that, subsequently, the artist gave and dedicated to the Canarian painter Óscar Domínguez and Maud Bonneaud; A photograph take by Salvador Dalí and another take by Gala Dalí in the early 1930s, during one of the visit of the poet Robert Desnos in Cadaqués; a sculpture object of Joseph Beuys and an interesting set of works and documents of the archive of Luis Felipe Vivanco (1922-1998) between which they are the lot 32 composed by the plane of the preliminary project of the construction of the cathedral of Madrid realized by Luis Felipe Vivanco, the model of the revolving altarpiece for the same, projected by Ángel Ferrant and 4 original drawings for the realization of the stained glass windows, 1952. There are also works by Josep Beuys, Jorge Oteiza, Antoine Pevsner, Juan Hidalgo, Ángel Ferrant, Pere Noguera, Francesc Abad, Alfaro, Carla Prina, Manolo Millarés, El Hortelano, Carmen Calvo, Tarsila do Amaral, Marco Mojica, Bosco Sodi, Abdul Bas, Nacho Criado, an interesting group of artists from Latin America, photographs by Diane Arbus, Pablo Picasso, Salvador and Gala Dalí, John Gutman, Nan Goldin, Dean Tacita, Reinhart Wolf, Antoni Arissa, Agustí Centelles, Josep Alemany, Joaquim Gomis, Pablo Picasso, Antonio Gálvez, Joan Colom.

II Session Rethinking the art, documenting Francis Picabia Yves Popupard Lieussou archive composed of more than 150 documents grouped in a lot, among which there are magazines, books, catalogs, photographs, letters and an original drawing by Francis Picabia, portrait of Pierre de Massot. Francis Picabia was one of the central figures of the radical changes that occurred, throughout the first half of the 20th century, in the way of understanding and disseminating artistic production. His work, quickly, became the object of desire and study, making multiple publications and exhibitions. Yves Poupard-Lieussou was one of the first historians to study the Dada and Surrealist movements. As a good researcher, he was passionate about documents, began to collect materials related to the avant-garde in the 1940s and continued until the end of the 1970s, in addition to gathering an extensive personal archive. Poupard wrote articles on avant-garde artists, collaborated in the production of catalogs and compiled and published bibliographies. He also worked as an expert, evaluating works by Francis Picabia and other avant-garde artists. A portion of its general file is kept at the Getty Research Institute, Los Angeles, California.

III Session Duplicate photographs of the Archive of Francesc Català-Roca, Preserved in the College of Architects of Catalonia, is composed of photographs of which there are other similar copies in its archive. In the sale are present the topics that most interested him such as humanistic photography, architecture, Joan Miró and photographs of cities and towns in Spain.

Francesc Català-Roca (1922-1998) was one of the most important post-war photographers in Spain. It began in the forties, in the study that had his father Pere Català Pic, soon, became independent. His work as a photographer was highly valued and his images were published in books and magazines, obtaining numerous mentions and awards. His work became one of the references of documentary photography in Spain.