In 2019 we started our new activity as publishers, presenting the A-3 collection, composed of a series of portfolios of artists and composers with whom we usually collaborate in the gallery like Llorenç Barber, Jean Marie del Moral and Ana Solano. The editions are 10 copies.

In 2020 at Arts Libris Arco Madrid we will present a new portfolio of the A3 collection, Martí Guixé, Food Projects, 1997-2019 in which there is a selection of projects in which it speculates on issues related to the idea and the design of the food as: Sponsored Food, 1997; Solar Kitchen Restaurant, 2011; Digital Food, 2017 and Digital Dark Food, 2019 that go from the collaborative economy to food as an object away from agriculture. 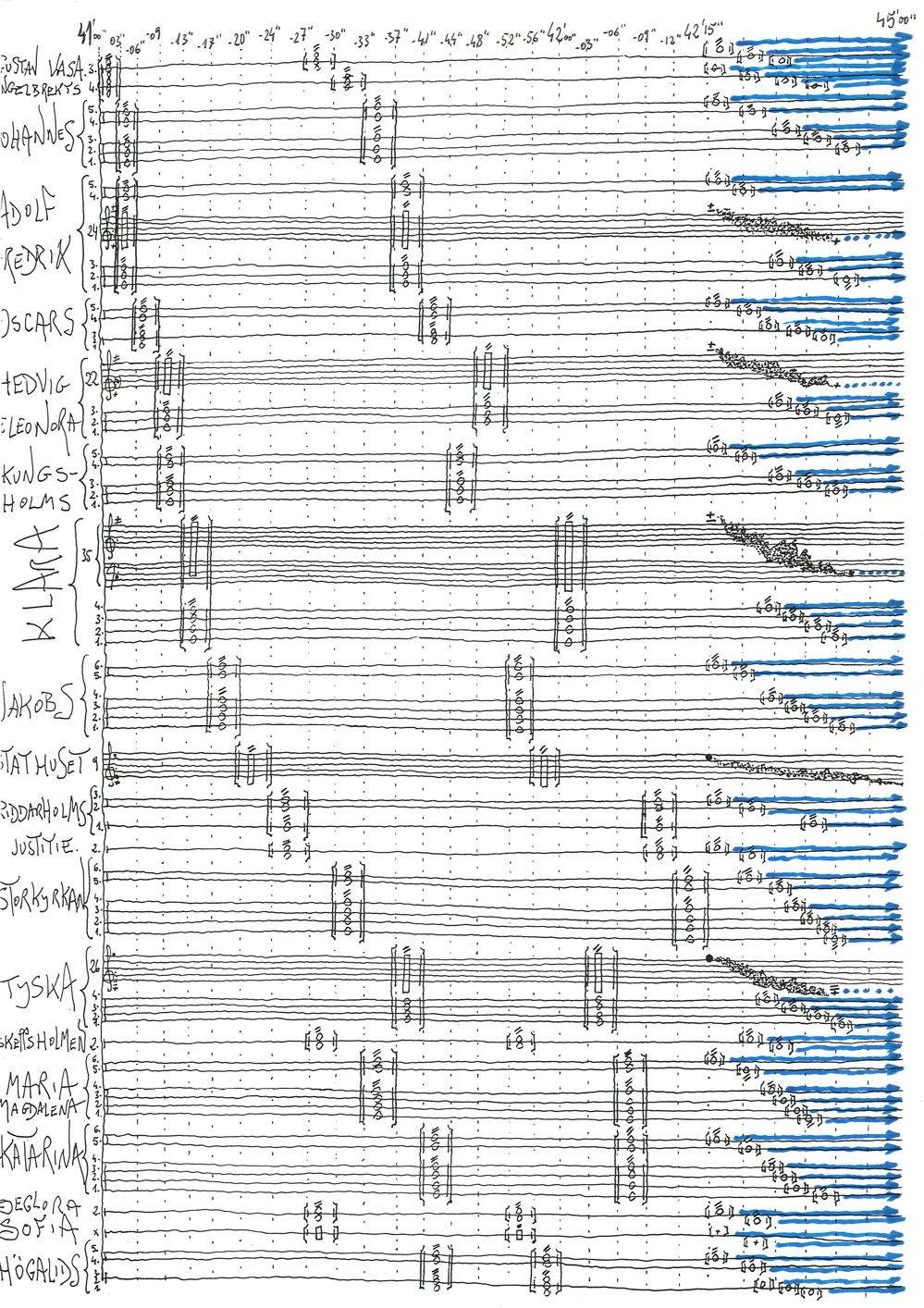 Portfolio composed of the scores that the composer made for his bells concert in Stockholm in 1998. The edition is 10 copies + 4 P.A.

His particular way of conceiving and composing music has led him to make scores of great formal beauty. In the late 90s, the compositional imagination in the public spaces of an artist like Llorenç Barber was required to inaugurate and / or close different cultural capitals of Europe: Lisbon, Copenhagen, Stockholm and Lyubliana. Of this type and concerts of Llorenç Barber we have selected Borealis Concert for its sound, plastic interest and for its importance for the composer “Of all of them, the capital of Sweden could be the most attractive, not only for the city itself and its spectacular orography inclined towards the sea, but for having crossed his work with that of his mentor the Canadian composer and pedagogue Murray Schafer, for those same dates present dictating a course on Soundscape ”Ll.B. 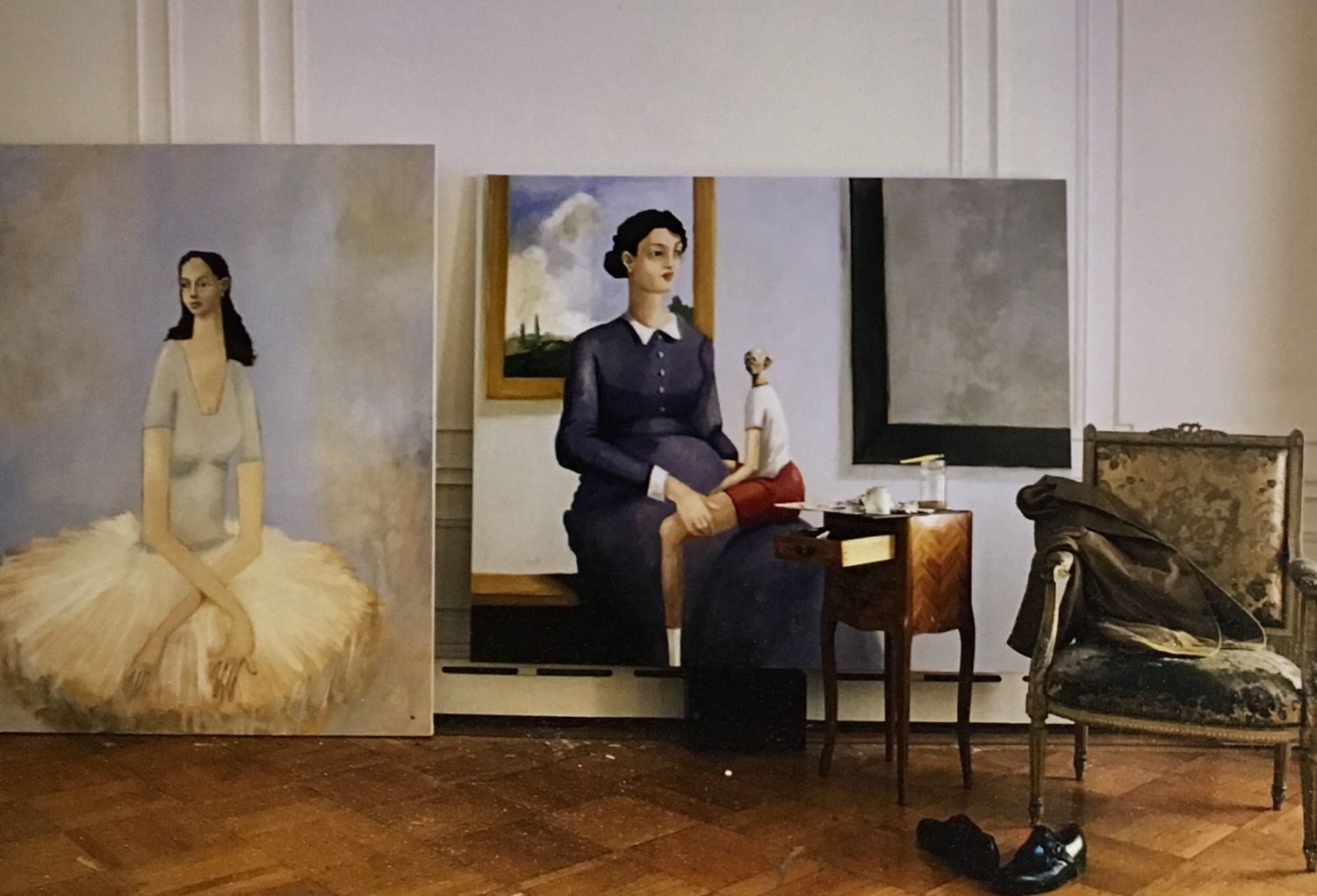 The portfolio consists of a selection of 10 photographs of studios by contemporary artists made by Jean Marie del Moral. The edition is 10 copies + two P.A.

Jean Marie del Moral brings us in his photographs to the most intimate spaces of some of the most important contemporary creators, including Alex Katz, Pierre Alechinsky, James Brown, Zen Fanzhi, Yue Minjun, Zang Xioagang, Miquel Barceló, George Condo, Robert Motherwell. The photographs show us spaces in which artists are not physically, but in which the photographer sees as his self-portraits. 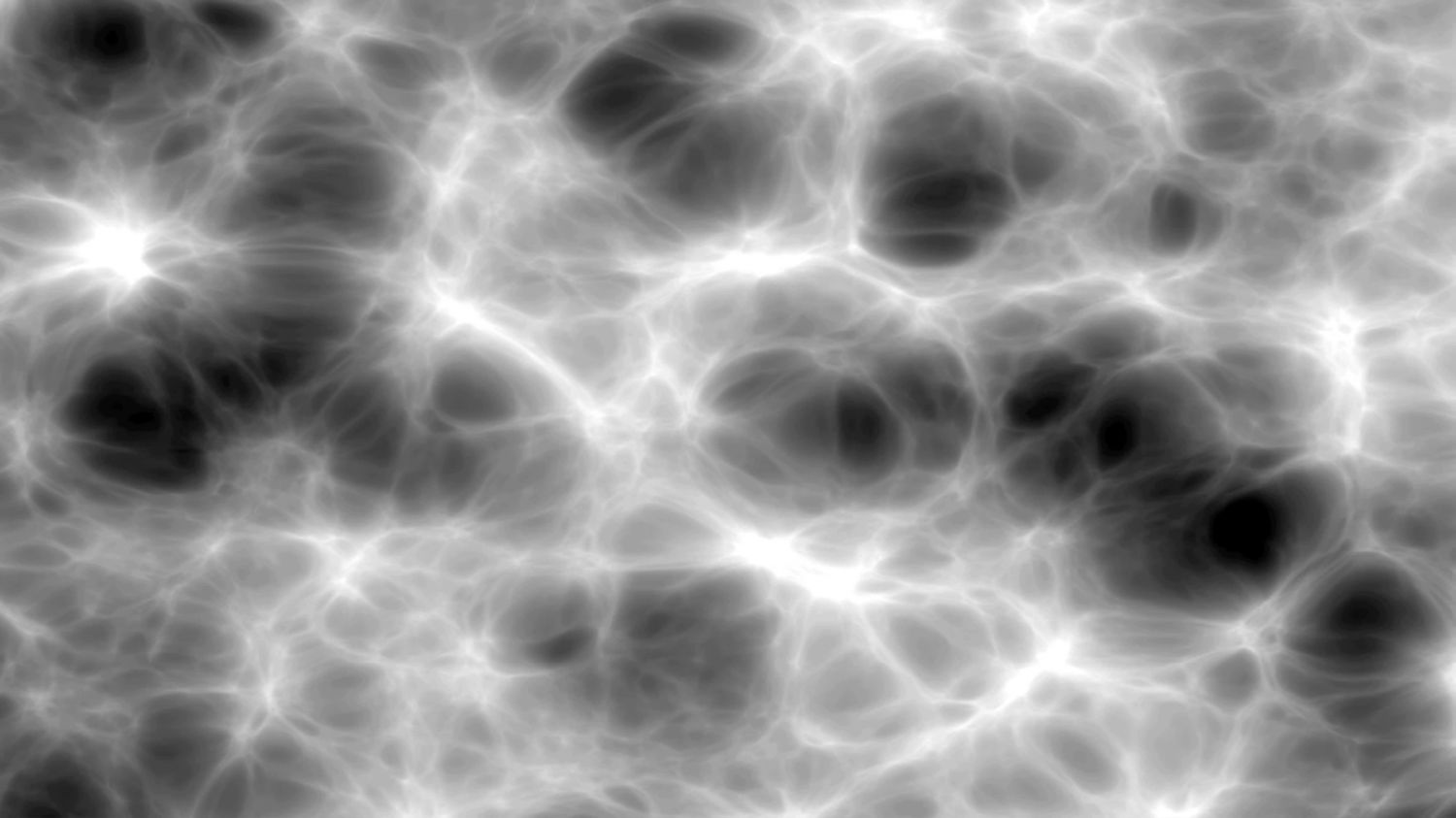 Portfolio composed of a USB memory device that contains the video installation in HD of Ana Solano and the sound space of Iván Solano and a photograph. The edition is 10 copies + two P.A.

La Belleza es Blanca, it is a piece of electronic art and electroacoustic music that defends new ways of narrating, an audiovisual language that articulates expressive codes from various software programs (2D, 3D … in the video). This piece is composed of textual masses that allow the creation of spatial, temporal parameters, image layers that become an abstraction of a complex world of inner membranes where thoughts grow and drain. Multiple layers of sound interact in turn with the image, creating a sound space around and inside them, the sound is perceived as well as an unsociable and inseparable element at the same time, the perception reconstructs the musical discourse and incorporates the sound space to the visual narrative, allowing the viewer a trip between the surface and the depth of the artistic gesture that contains and propels this piece.