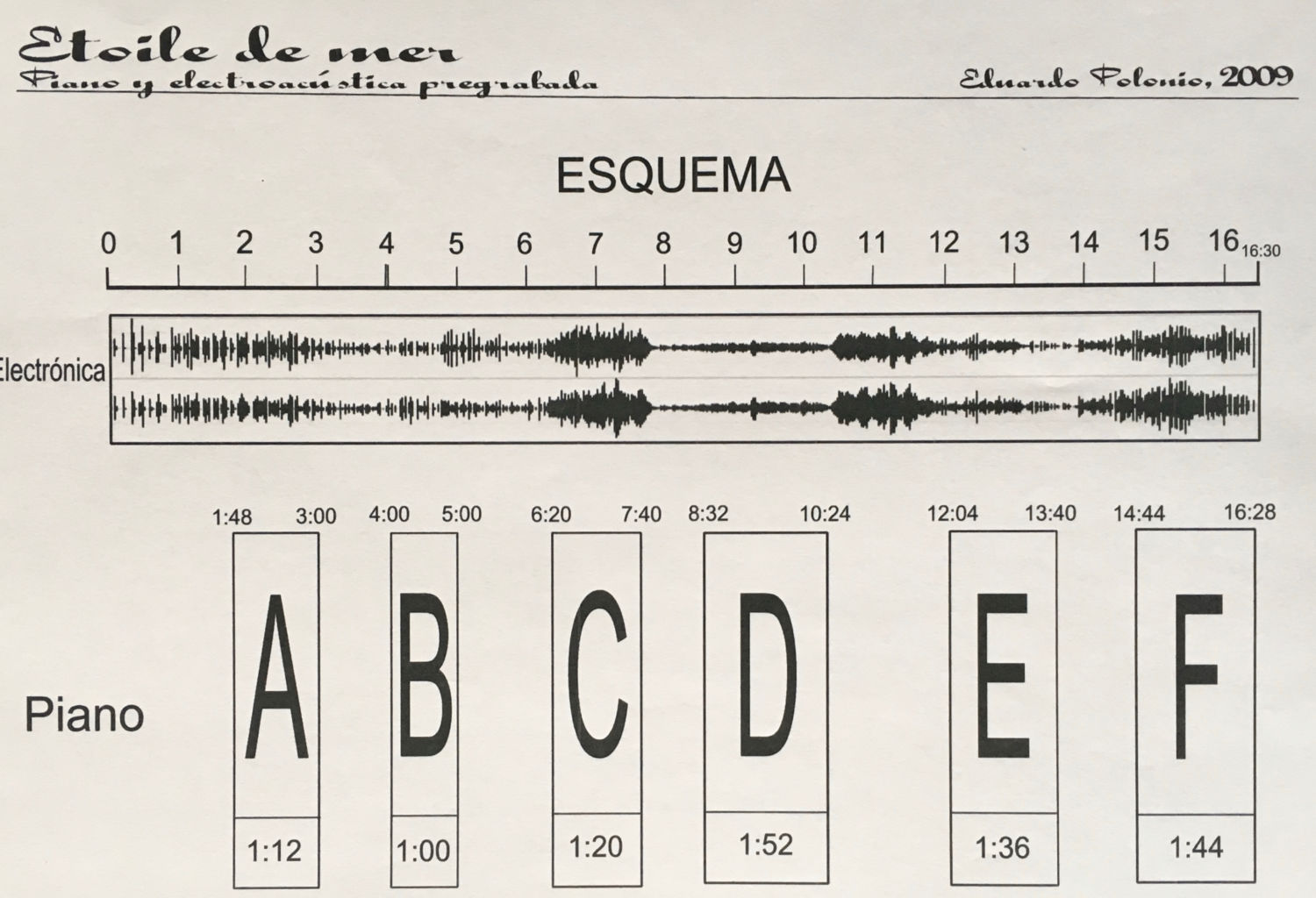 Eduardo Polonio
from serialism to multimedia, a technological way

Juan Naranjo Galería de Arte & Documentos presents the Eduardo Polonio exhibition of serialism to multimedia, a technological path. The exhibition can be seen between June 4 and July 10 at Juan Naranjo Art Gallery & Documents, c / Casanova 136-138, b3, 08036 Barcelona, ​​by appointment at info@juannaranjo.eu

Following the line that we started a few years ago, each spring we organize an exhibition project related to experimental music and sound art. This year we have the great pleasure of presenting Eduardo Polonio, Madrid, 1941, one of the pioneers, in Spain, of the introduction of electroacoustic music. Polyhedral creator, in his long and intense career, has combined the composition with the musical and artistic promotion, organizing Sis Dies d’Art Actual, Barcelona; Punto de Encuentro, Huelva; Confluences, art and technology at the edge of the millennium; He has also made numerous collaborations with other creators such as Javier Aguirre, Eugeni Bonet, Carles Pujol, Santiago Torralba, among others.

In the exhibition you can see his compositions from its beginnings, at the end of the 1960s, up to the present, it does not pretend to be a retrospective. His extensive production, has made more than 100 works premiered and presented throughout the world, allows, without doubt, many approaches and readings. Eduardo Polonio, since he participated in the founding of the Koan Group in 1967, has been interested in experimentation, in the musical and artistic avant-garde.

The exhibition, from sheet music, videos, vinyl records and documents, traces a possible reading of his compositions that illustrates the expansion towards technology, towards the visual and his interest in multimedia. In this possible journey, there are different areas in which scores are presented in which the musical graphic acquires a plastic dimension, music to represent, collaborations with film directors or video artists and Uno es el Cubo, 1995, his first opera.