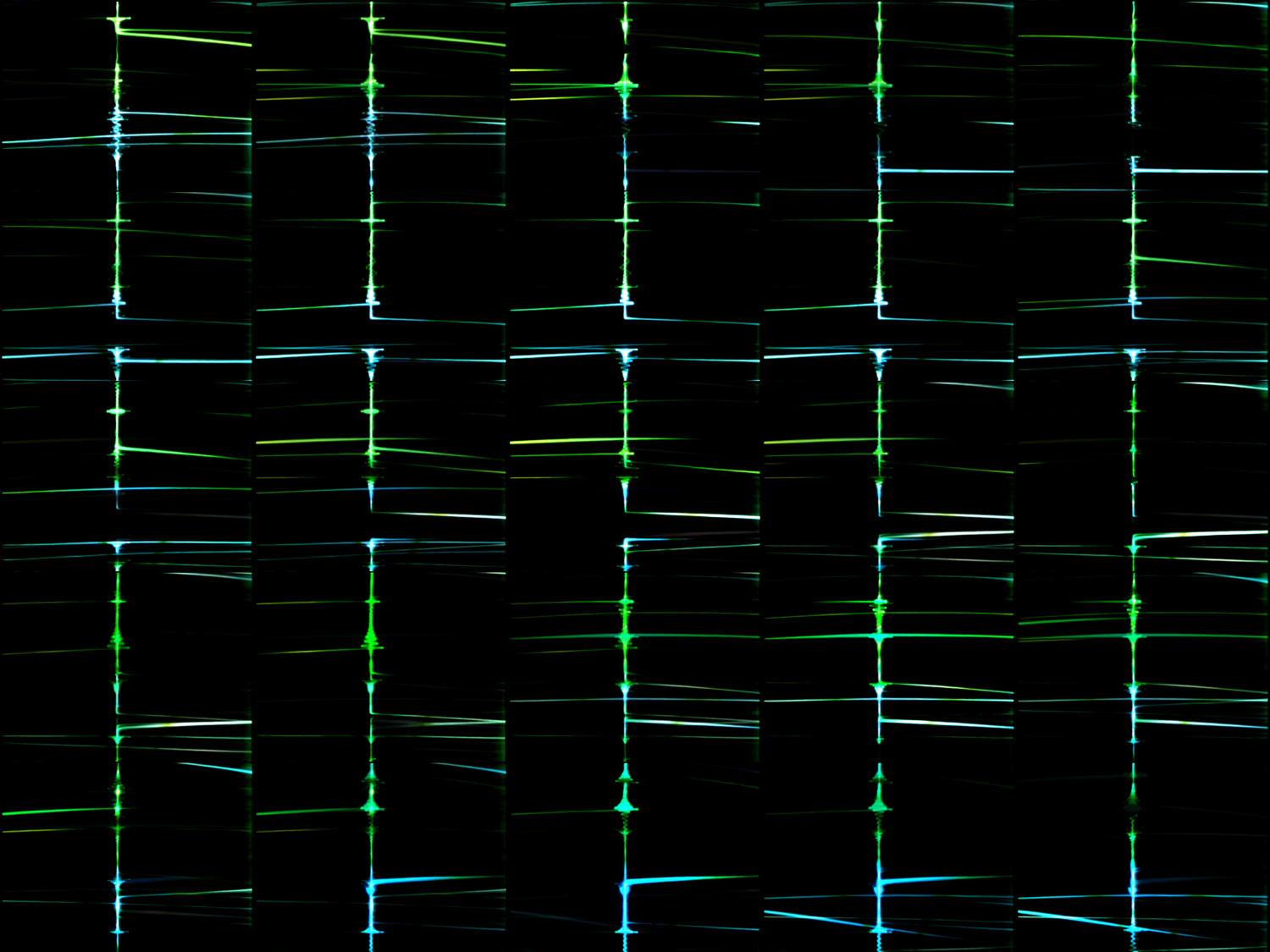 The exhibition reviews part of the extensive production of composers Llorenç Barber and Barbara Held, who began their activities in the 1970s, a period of great artistic effervescence and radical changes in the way we understand artistic and musical creation. The two composers have taken different approaches, although their paths have crossed many times. Throughout the last forty years, both artists’ compositions and performances have expanded towards the visual and they have become two important figures of sound art made in Spain. The exhibition is composed of original scores, drawings and other documents by Llorenç Barber, and Barbara Held presents film, video and installation work composed with collaborators Carles Santos, Benton C Bainbridge, Seth Cluett, Eugènia Balcells y Pere Noguera. 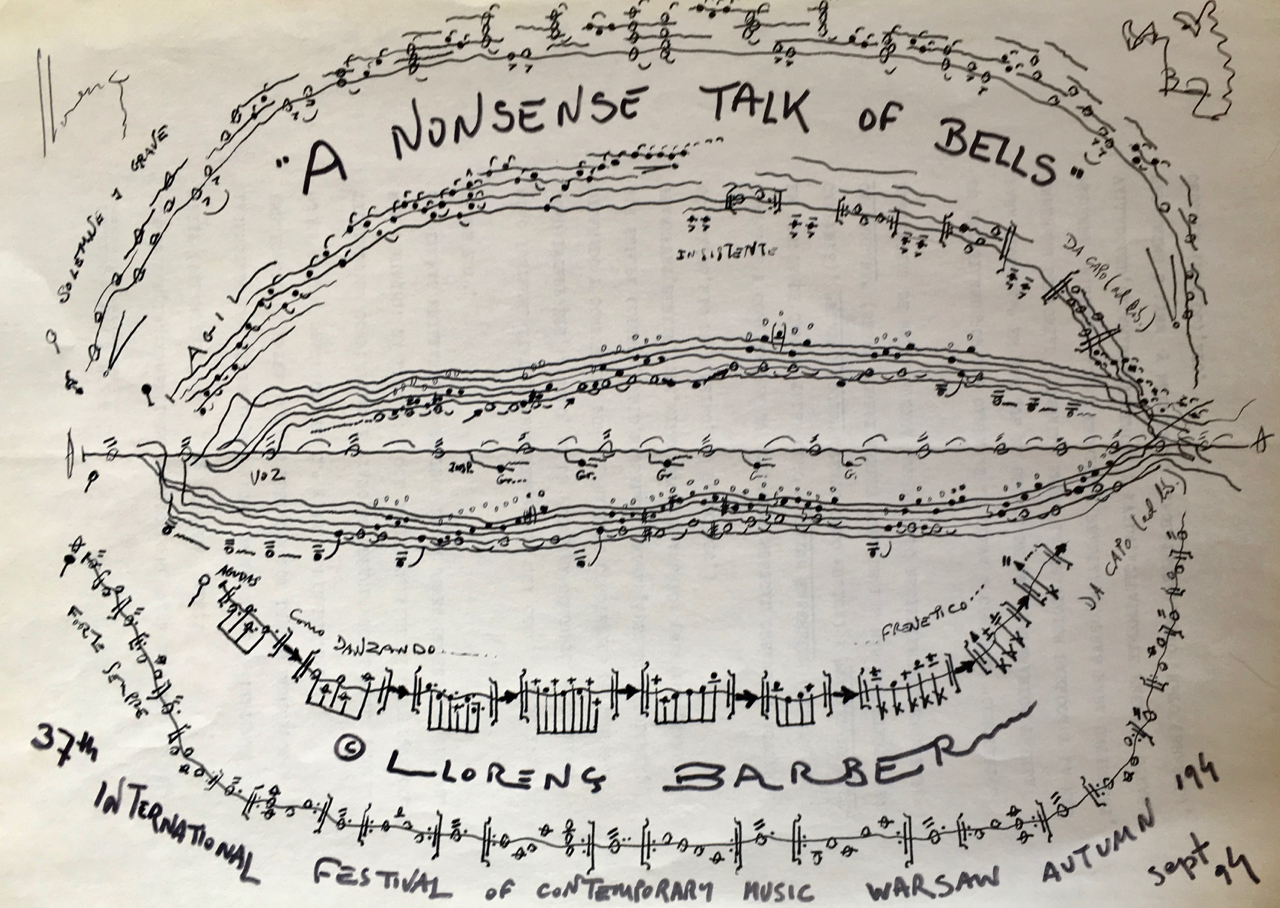 Llorenç Barber is a Spanish musician, composer, theorist, musicologist and sound artist. One of the first to introduce musical minimalism to Spain and creator of proposals such as «plurifocal music» («city concerts», «naumaquias», «concerts of the senses», «itinerant concerts», etc); as well as textual music, improvisation and construction of experimental instruments.

Since the 1980´s he has been an active participant in the group Audio Art Symposium, whose long years of activities culminated in the creation of  KLANGKUNST/SONAMBIENTE-1996 in Berlin, making him the most active Spanish promoter of European Sound Art. In 2017 he shared with Charles Santos the Prize for Valencian Musicians, First Edition.

Barbara Held is a flutist and composer, performer, coach, curator, whose practice as a classically trained musician gives priority to a lifetime of collaboration, of interdisciplinary work in relation to other artists.  Known for her subtle exploration of the minutae of sonic material, she creates sensitive, focused sound work that exposes the detail of the physical space of listening in equal part to a keen attention to how we listen as bodies moving through the world.

She has commissioned and performed a very personal body of new repertoire for flute by artists including Alvin Lucier, Carles Santos, Joan Brossa and Seth Cluett. She was flutist with New York’s Bowery Ensemble, a group with close ties to Morton Feldman directed by Nils Vigeland, and experienced the process of Spain’s transition with the Grup Instrumental Català created by Santos and Mestres Quadreny. She was the creator and producer of “Music at Metrónom”, a series of concerts of experimental music that gave special support to collaboration between musicians and visual artists, a project that she shared with invited co-curators such as Augusti Fernandez and Francisco Lopez; with Pilar Subira, co-curated “Possibility of Action: the life of the score” for the Documentation Center and Archive of the Barcelona MACBA museum of contemporary art during the 2008-09 season, and “Lines of Sight”, a series of seven programs of experimental music and radio art for radio web macba.

Pausa, her current project with Benton C Bainbridge, explores the live creation of images and spatialized sound while extending the traditional time frame of performance. Their generative installation Observatory / Lisa Joy  was shown as part of “Escuchar con los ojos. Arte sonoro en España, 1961-2016”, a group exhibition of Spanish Sound Art from the past half century at the Juan March Foundation in Madrid.